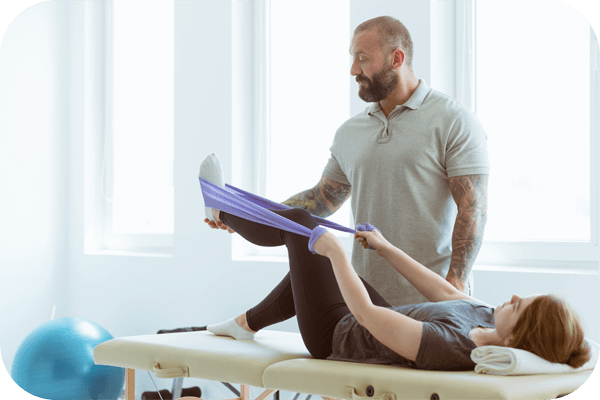 Having just spent an entire weekend in sunny Brisbane, I would like to share what I have learnt on my first Bobath Tutor training module. Being in the calibre of 1 of 6 experienced and skilled clinicians in Australia in the Bobath Concept, it was certainly nerve-wrecking to step it up another notch at our first weekend learning retreat!

The History of Bobath

The Bobath Concept, as defined by the International Bobath Tutors Association, is a problem solving approach to the assessment and treatment of individuals with disturbances of function and movement due to a lesion of the central nervous system. It has been around since the 1920’s and founded by Berta and Karel Bobath. It emphasises the 4 areas of postural control, selectivity of movement, patterns of movement and sensorimotor integration.

By being an open concept, Bobath is adaptive and takes on new information in order to build on it. For when it was once thought that patients with increased velocity-dependent resistance to stretch, or spasticity, could be countered by reflex inhibition postures, it is now known that this is not the case and that more importantly postural control must be regained to improve it.

What is postural control?

To simplify this, postural control is a combination of neurological and non-neurological mechanisms to enable us to predict and react to our environment purposefully and efficiently.

Neurologically, we need to have good planning and movement execution, which needs both central and peripheral control of our body parts. This takes into account our previous movement experiences and what we perceive to be possible and that exists.

Non-neurologically, we need reasonable muscle architecture and skeletal alignment to enable the maximum number of movement possibilities. And it our neurological systems that seek to choose the best pattern or sequence of possibilities to make the action work for us.

The Value of the Concept

Bobath Concept encourages open inquiry and to consider the many possibilities that influence movement, and the multitude of ways we can influence what we want. Using considered observation, we learn to see and confirm what we see, and be careful not to jump to conclusions based on what we expect to see. Instead, emphasis is placed on feeling for what is actually happening.

As they say, touch is more reliable than vision.

From there we can explore all the possibilities and quickly perform a series of specific treatments to change muscular activity to reach the desired effect. This is then put into the functional activity as soon as possible and so the person learns a new way of moving quickly.

From there on we can introduce the idea that is purported so much in the literature that patients need the many thousands of repetitions that recreate and strengthen the neural connections that once existed. But without this initial form of exploratory work, will the patient know what is going wrong and therefore learn what essentially took them years to learn as a toddler through trial and error?

Lying at the core of evidence-based practice is the need for us to know what the definitive answer to a problem is. We run a series of experiments to find out what the truth is, and in doing so, discard everything else around it until we reach the irrefutable truth. But that only exists if every disproving experiment done is perfectively executed, which we have discovered to be very difficult to achieve.

And in our quest to find the perfect treatment or solution to our patient’s problem, we risk being overly critical and lose the ability to think creatively on our feet. And that is where the Bobath Concept really shines. Just how fluid can we think and adapt to our patient, may I ask?

Indulging in the Moment

Being able to treat a patient well is one thing, but teaching someone else to do the same is quite another skill altogether. What I have learnt over years is handling patients with care and precision, but to describe the process is really not as easy as I thought. I, for one, found this process strangely liberating. With all my mental faculties I could think of nothing else… but what was right in front of me. And if we as therapists can learn to tune into all our senses, then maybe we have more of a chance of tuning our patients fully to theirs.

Another helpful reminder is that we must as therapists maintain the interest of the patient during therapy, and one of the best ways is to keep them moving in different ways. Movement is what helps them learn about the world and how to best interact with it, as with each successful trial comes great reward and delight. And if movement isn’t available yet, we should consider giving sensory input and manual guidance to make it possible and attention grabbing. Facilitation makes movement possible. Without possibility, there can no ability. And without ability, there can be no mastery.

Keegan will be co-teaching at the upcoming 3-week Basic Bobath Course in Melbourne at Royal Park Campus, Melbourne Health in November 2016 and January 2017.