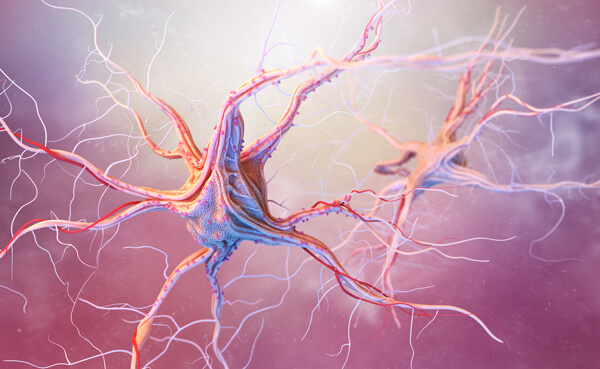 The body is a complex creature with millions and millions of connections that come from the brain and spread throughout the nervous system. These connections that follow tracts or pathways carry signals for sensation, movement and the body’s automatic systems like blood pressure control and digestion.

When you think and create movement, your brain releases neurotransmitters that act on the central nervous system pathways which then communicate with the peripheral nervous system which acts on individual muscles via the neuromuscular junction. This communication can happen downwards from the brain (descending pathways) or in reverse (ascending pathways), such as detecting changes in sensation or joint sense. Some of these pathways only communicate directly to and from the brain while others actually bypass the brain and go as far as the spinal cord. An example of this is the reflex arc.

Overview of the Nervous System

As a therapist helping others with their neurological injury, I find it is really helpful to understand where the lesion to the nervous system has occurred. This helps explain why some signs (objective findings) and symptoms (subjective findings) occur, and tells me which pathways might be affected, but also importantly, which pathways are not affected. This allows me to work out what sort of therapy might work best and which systems I need to tap into in order to get the best response to treatment.

The features are set out below:

Muscle weakness is a difficult feature to describe because there are different ways they can become weak. They can be become weak due to a loss of or reduction in direct innervation of the muscles (LMN) or a disruption in the higher pathways or from brain leading to a reduction in initiating commands or signals (UMN). Weakness can also become apparent following neurological injury due to a rapid loss of muscle fibre length and contractility and numbers following non-use, therefore teasing out the exact reason for weakness can be challenging.

Another important feature to discuss is muscle tone. The central and peripheral nervous systems act together to create smooth and fluid movement. When there is lesion in the UMN, there is a loss of inhibition of the LMN systems that can result in a loss of excitation of the muscle, resulting the muscle acting unopposed, and hence seemingly more ‘active’ and having more tone. Hypertonicity is a common feature in UMN lesions, and it is a combination of changes in pathway organisation and neural signalling. Spasticity is also another feature which is commonly misunderstood.

Conversely, a LMN lesion can lead to a reduction in tone due to the loss of direct excitation of muscles, and therefore they shrink (atrophy) and lose their contractile properties more quickly.

Understanding how the nervous system works and how the lesion location relates to signs and symptoms are extremely important to any person recovering from a neurological condition, and also to the treating health professional. Without this background knowledge, it is very difficult to treat the appropriate systems and influence change in a positive and sustainable way.