Home
Concussion
Understanding and treating concussion: where does physiotherapy fit in?

Understanding and treating concussion: where does physiotherapy fit in? 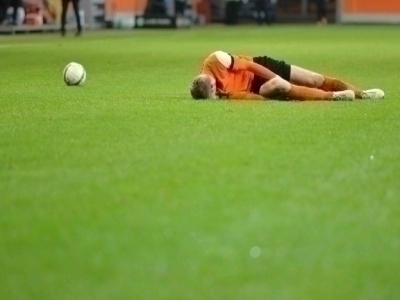 As footy finals season heats up, the adrenaline kicks in and the pressure is on, elite players put their bodies on the line in the quest for supremacy. It’s riveting stuff but I do pray every time I watch a game of footy that nobody gets a concussion.

A concussion is a form of traumatic brain injury. From kids playing at school to the elderly falling at home, concussion is a very real risk across the lifespan that can have devastating effects. In particular, I find that that younger people are more prone to developing post concussion syndrome and even second impact syndrome.

PCS is a collection of symptoms following concussion that can range from mild headaches to full on dizziness, fatigue and irritability. Symptoms often span across physical, cognitive, emotional and sleep domains which can last weeks, months and even years.

Over the years I have seen multiple amateur footballers who get thrown about and consequently suffer loss of memory prior to the event, known as retrograde amnesia. At the same time, they may progress from mild difficulties with balance and coordination to more severe symptoms of vomiting, slurred speech and complete disorientation.

Recent research has shown that the location of impact or trauma does not determine’s severity or spread of symptoms. Aside from the rapid acceleration to deceleration, and the forces associated with internal impact, there can be secondary damage when the brain swells within its confined skull cavity. The brain, being relatively soft, then gets squashed and compromised. It can also lead to a stroke.

The same research by Kerr et al. (2014) however did find that in high school American footballers, top of the head impact was more likely to lead to loss of consciousness (8.0%) than other areas of impact (3.3%).

The top 5 reported symptoms are:

This ranged from less than 1 day (21.8%) to more than 1 week (29.0%). This means that many players actually had residual symptoms that extended into their normal weekly routines, and considering the top 5 reported symptoms, you can imagine the impact when they put themselves at risk when they operate machinery, drive cars, having to manage stairs or multitasking.

Another noteworthy point is previous history of concussion having a strong association with LONGER recovery and MORE SEVERE symptoms, no matter how long ago the previous concussion was.

It’s like reopening a scab. Once it’s ripped off it will never heal quite as well or as quickly as before.

This is very apparent in second impact syndrome, which happens when people get hit a second time before the symptoms of their first concussion have resolved. This greatly increases the risk of permanent damage and is more difficult to recover from. Once I treated someone who had 5 previous concussions before I saw him and it took 3 months to help him restore about 90% of his ability to read, see and return to running again.

The Neurologist, Physiotherapist and Psychologist

More serious concussions require medical attention to ensure vital signs are normal and no further internal bleeding or progression of neurological symptoms are occurring. A neurologist or trauma specialist would be most placed to do this, and radiological imaging may be required.

In such cases, following a period of relative rest with the head in an elevated position, physiotherapy and psychology can be highly beneficial.

An important part of managing this is detailed assessment, and the other part is constant evaluation in treatment.

Initially I find minimal stimuli is helpful to detect more subtle changes that may have occurred, and to monitor their ability to follow commands and sustain attention, concentrate and to perceive changes in symptoms as you ask them to move. I also often find that in more severe cases, their ability to visually track objects in the periphery and judge depth perception, are gravely affected and need to be carefully monitored.

As with all effective therapy, constructing a suitable environment and grading the task is critical in getting the recovery process right. There is also some evidence on the use of graded cardiovascular exercise program in this population in later stages to help treat some of the symptoms such as headache and vision.

Another important consideration are the surrounding structures that may have been impacted as well, such as the neck. Predominant neck injury can also cause headaches seen in concussion syndromes, as well as influencing input into the brain’s vestibular system and sense of verticality.

Psychology input is often invaluable because of potential changes to personality, coping mechanisms and personality, on top of the obvious challenges to memory and concentration. I find psychologists with an interest in concussion to be skilled at prescribing cognitive rest which allows time for the brain to recover from its normal duties and can help to reduce symptom duration.

Sleep is another area that can be highly disturbed and is important to ask about. While some complain of immense fatigue throughout the day, and requiring more sleep, others find it hard to fall asleep. This is especially if they have ringing in their ears (known as tinnitus) or continue to have a headache. At this time perhaps further medical intervention may be required to control those symptoms more aggressively to allow for restorative sleep.

As you can see, collaborated healthcare is key.

So while you are out there watching your kids hammer other kids on the field, or while you’re chomping away on your hot beef pie at the MCG, consider this: concussion is traumatic brain injury, and it is not to be taken lightly (no pun intended).

Disclaimer: The information provided on this Site is provided for information purposes only. If you are a patient using this Site, you should seek assistance from a health care professional when interpreting these materials and applying them to your individual circumstances.If you have any concerns about your health, consult your general practitioner.