Home
Ataxia
The role of necks and feet in balance retraining

The role of necks and feet in balance retraining 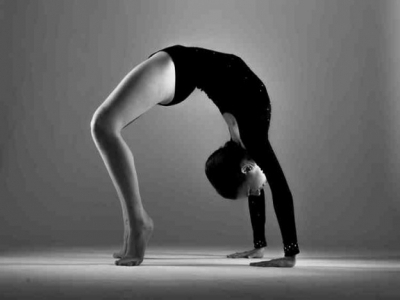 Balance involves the ongoing interaction between seeing, feeling and orientation in space, and is underpinned by the visual, somatosensory and vestibular systems. Having some understanding of neurology and its systems is important for the rehabilitation of balance, because this cannot be treated with typical strength training principles.

Everyone has a different measure of balance. In my humble opinion, we should not look at “gold standards” of balance attainment, as often is done with the use of outcome measures which indicate the highest scores relating to time relating holding the posture or moving the limb in space. This actually has very little meaning to the 80 year old who is falling or the 23 year old athlete who is trying to get the discus throw right.

If not for gold, what are we aiming for?

My idea of balance is that it really is like the concept of infinity. It is impossible to place a ceiling effect of what the highest achievement could possibly be, and in the end, does it even matter?

In reality and treatment of balance, what we are aiming for is… good enough.

Good enough is being able to move and kick a ball freely with the kids.

Good enough is being able to step over the pile of leaves.

Good enough is being able to walk in the dark.

More importantly, is the patient’s systems good enough to overcome those challenges? Is there a great reliance on vision, or an under-reliance on feeling? Or is there vestibular injury relating to loss of linear or angular orientation?

Besides these commonly known areas, there are two more areas of the body which are highly important for balance optimisation – the neck and feet.

Necks form the base of the head position

As the neck is directly connected to the head, it is directly responsible for how the head is positioned relative the ground over which we balance. If there is dysfunction in the neck either from poor movement or the sense of movement is disturbed by altered sensation like pain, we can get flow on effect onto the head itself and also through its direct pathways into a part of the brain called the cerebellum, which takes in various visual and vestibular input, so as to produce an appropriate response through the body’s posture.

The further part in which this connection goes to happens to be the feet, which incidentally is the par to our body that is most connected to ground over which we must balance. Therefore, it deserves at least some consideration in assessment and treatment.

McKeon et al. (2014) discuss the idea of the “foot core” as being an important part of consideration of lower limb and trunk stability. Extending their thoughts on the interconnectedness of the active foot structures (e.g. intrinsic and extrinsic muscles), passive foot structures (e.g. ankle ligaments and plantar fascia) and neural subsystems (e.g. plantar skin receptors, tendon length and tension receptors), we can start to see that the information both received from the foot and to the foot become a powerful two way highway for both responding and anticipating movement above them.

Or put it this way, if there is less feeling or less activity in the foot that usual, then your upper body is going to have less clarity about what it is actually standing on and therefore less idea of what it needs to do to respond appropriately.

Lastly, in my experience, balance retraining is optimised when:

For example, marching on the spot with arms swinging and with eyes closed. Or getting up from a chair, turning and pivoting on one leg and reaching to touch the chair leg.