The Power of Exercise for people living with Parkinson’s 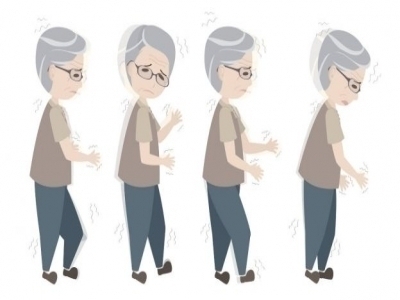 Parkinson’s Disease is a neurodegenerative condition, meaning it progressively worsens over time. It is characterised by slowed and stiff movement, shaking, and even freezing of gait. This occurs because of a lack of dopamine in the basal ganglia, the part of the brain responsible for automatic and fluid movement.

I am going to share with you some evidence-based insights, and assist you in understanding the strategies that we use to improve the mobility in our Parkinson’s clients. There may be some hope after all for slowing or even haltering the degeneration and decline in movement.

Can exercise change the structure of the brain?

The simple answer is yes. Studies have shown that frequent exercise over a prolonged period creates neuroplastic changes, meaning exercise can slow the progression of Parkinson’s at the cellular level, and also delay the need to increase medication. Such changes include increased dopamine receptor density, increase in the binding potential of dopamine receptors, and increase in dopamine receptor survival and activity.

More specifically, a study by Fisher et al. in 2013 proved that exercise can lead to neuroplasticity in dopamine signalling pathways and contribute to improvements in specific functional tasks. Fisher demonstrated walking on a treadmill transferred to improved performance of walking at a self-selected pace, turning 90 degrees, and walking in a new direction. This is clinically relevant new information as prior studies reported the lack of carryover of one learned task (e.g. treadmill walking) to another context (e.g. turning) in Parkinson’s.

Furthermore, in 2014, Marusiak and colleagues examined the effect of interval exercise using a stationary cycle ergometer (aka foot pedals) on tremors and stiffness in adults with mild to moderate severity Parkinson’s. They found exercise increased the activity level and rate of survival of dopamine neurons, which decreased rigidity, muscle stiffness and tremor frequency.

Current evidence and research concludes that regular exercisers achieve a better quality of life, better mobility, better physical function, and can even slow the progression of their Parkinson’s disease.

What exercise should I be doing?

Treadmill training, Tai Chi, balance exercises, Pilates, dancing and resistance exercises are good ideas to start but with some creativity the list is endless! At this point in time, there is insufficient evidence to suggest one type of exercise is better than any other for Parkinson’s. However, we do know that exercise, in general, helps to improve walking speed, endurance and balance.

Exercising with Parkinson’s requires concentration, so it helps to have the right instructions. Providing cues and prompts helps our clients to focus on the specific aspect of walking that they may struggle with, such as keeping their steps even in length, or initiating their walking.

Some of the strategies that prove most effective include:

Where to from here?

I would strongly advise that those living with Parkinson’s Disease start exercising as early as possible, because there is increasing evidence the exercise can directly slow the disease processes. Get to the gym and start walking on the treadmill, practice balancing on one leg in front of the TV, give yourself the best chance at slowing down the degeneration caused by this neuro condition.

We are here for you if you need advice – one of our neuro physios will guide you through your current exercise program, or assess your mobility, and develop a new home exercise program specifically tailored to your needs. So take control of your Parkinson’s.