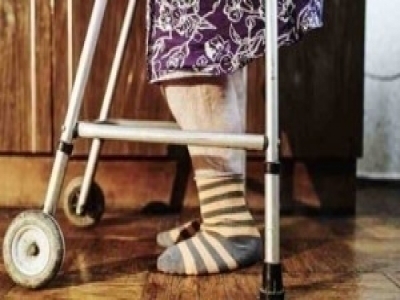 In the second post of the series, we examine muscle stiffness and spasticity in MS, and some of the principles.

Last week, we tackled “how do I strengthen a muscle I cannot even use?” This week, we shall address the second most commonly asked question we get in MS:

Q: How do I overcome this muscle stiffness so I can walk better?

A: The obvious way to approach this is to stretch the muscles out regularly so they don’t feel so stiff. While there is some truth to doing this, it isn’t the entire story.

Firstly, it is important to be aware that muscles that have difficulty moving from a motor control point of view can feel stiff because there is not enough electrical activity driven through the central nervous system to produce movement, making it feel heavy and stiff to bend and move.

Secondly, when there is an upper motor neuron lesion, we get a feature known as spasticity which can be described as increased muscle tone giving rise to resistance on movement at any given velocity. This classic description by Lance published in 1980 is probably the most widely known definition and forms much of the foundation of how spasticity is managed to this day.

Typically, whenever a patient goes to see a health service to have their spasticity looked at, they perform tests that involve moving the affected body part from its resting position at different speeds. It is believed that determining how early the resistance occurred and what sort of resistance was felt, determined what sort of pharmacological treatment the person required.

While there is some truth to this concept, I don’t think the clinical environment has quite caught up with the scientific literature surrounding spasticity, and as it stands we don’t have any further robust tools to measure spasticity than the often used Tardieu Scale and the Modified Ashworth Scale in clinical practice today.

Based on this line of treatment decision making, anecdotally about 50% of my patients find that it hasn’t made much of a lasting difference even when combined with follow up therapy, which is what is almost always recommended. And this is even harder for conditions like MS where the goal posts are constantly shifting and you get global effects like fatigue that may alter the clinical picture.

So what can we do?

I think as both primary care health professionals and patients alike we need to pay more attention and identify more closely the functional demands of the problem.

For example, suppose one of your muscles that cross your knee is stiff from being “spastic” and wants to stay straight as you try and swing it through.

What happens? You either have to widen your step width or swing the hip out to get the foot through. These compensatory movements unfortunately impose greater demands on your body’s posture, which can make the stiffness even worse. But which was the chicken and which was the egg?

Suppose the knee stiffness got treated with medication – it still doesn’t give you any more control of the affected muscle. In fact, it often has the opposite effect even though the medication has reduced the stiffening effect. Re-evaluation by testing shows it has improved, but has it improved to carry over into walking? Maybe not.

So what you may end up with is a knee that bends but there is no control of it and you still have to work extra hard to get it moving where you want it to.

And then, there are different terrains and slopes and steps to consider – conditions that are just not fully factored in during a clinic-based consultation where much focus is spent on assessing the muscles individually.

However, that is not to say that medications do not have a role. They absolutely do, but as both health professionals and patients we just have to be mindful and clear about what the medications will do and consider the effects a a person functioning over 24 hours a day, whether it is taken orally, injected or in pump form.

So my take home messages:

Thanks for reading guys. Time to prepare for my MS Fun Run 2015!