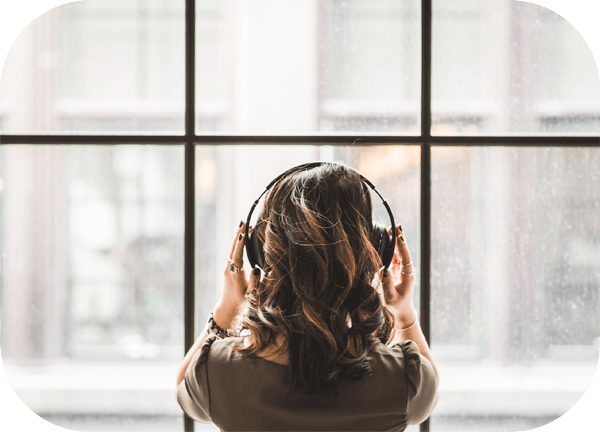 Ever since I heard about the amazing anecdotal success of patients with Parkinson’s disease magically transforming with dancing and music, I began to do a bit of research of my own into the idea of music therapy for people with neurological conditions.

One of the best ways of doing research is looking at high quality publications. One of the highest forms of research quality is the systematic review, which is a collection of reviewed articles that neatly summarises what we can take away from what is known about the topic. This takes a lot of time and care into weeding out what is irrelevant and then breaking the remaining articles down into their strengths and weaknesses. From here, the authors can form a basis of how strong a recommendation can be and so we can extract what is truly meaningful.

In 2010, Bradt et al published a Cochrane systematic review titled Music therapy for acquired brain injury. They reviewed 7 articles which showed some evidence that music therapy can improve, but not enough to strongly recommend, the following:

There was some promising moderate to high quality research that suggested that a particular music therapy technique called rhythmic auditory stimulation (RAS) seemed to be beneficial for stroke patients for walking.

A pioneer in the use of RAS is Professor Michael Thaut, a music therapist and researcher with an interest in people with neurological conditions in the USA. He has been involved in numerous studies looking at the effect of RAS in Parkinson’s, stroke and traumatic brain injury.

His most well-designed, and therefore compelling study, compared how RAS was more effective in improving gait parameters than the Bobath approach, which is a common physiotherapy treatment approach used amongst physiotherapists (Thaut et al. 2007)

As a Bobath trained therapist myself, I found this deeply intriguing.

So what is RAS?

RAS is a neurologic technique used to cue intrinsically rhythmical movements in rehabilitation.

Outcome: Patients with RAS improved more than those in Bobath group.

What did the RAS training involve?

A set protocol was used, where therapy sessions were broken into quarters. A metronome and set of tapes with predetermined rhythms that could be adjusted according to patient’s abilities. In the first quarter, a baseline walking beat matching their cadence was found. In the 2nd quarter, they increased the cueing frequency by 5% on flat ground walking. In the 3rd quarter, they practised adaptive walking patterns on slopes and steps. And the final quarter involved cue reduction for independent carryover. Why does this form of music therapy seem to work?

The authors of this article proposed that because gait is one of those tasks that is very repetitive, rhythmic and involves preplanning of steps, RAS lends itself very well for this sort of rehabilitation. RAS seems to help with reducing performance variability, and assisting in selecting optimal stepping trajectories. This may explain why it hasn’t shown to be as helpful in upper limb rehabilitation, where movement patterns tend to be less predictable, more voluntary and attentional in nature.

According to Thaut and Abiru (2009), the auditory and motor system are richly connected, across the brain and spinal cord levels (via the reticulospinal systems). The auditory system, being a precise and quick processor of timing, seems much more effective that other sensory cues. I would probably agree with this only as far as motor-based rehabilitation. This makes a lot of sense when you consider the movement patterns of a musician playing the piano with his or her eyes closed, or playing the violin with such precision and speed. Here, music IS the feedback, which unlike verbal feedback, is totally instantaneous and internally driven. I think that’s really the key in this learning mechanism, as RAS swiftly moves through the external to internal processing of learned information to maximise carryover. Since its inception, there have been a few papers that have applied RAS with treadmill facilitated gait training, and arm swing patterns in patients with stroke. A number of Japanese neurorehabilitation hospitals have also started to add RAS to their rehabilitation approach. Personally I can also see how music can be highly instrumental (excuse the pun) in therapy where I am trying to get more or less postural tone. A loud, or high pitched noise is likely to make people increase their tone whereas a softer and mellower tune is likely to reduce it. Who might music therapy work for and does lesion location matter? Thaut and Abiru (2009) suggest that in stroke, it has been most helpful for patients with lesions in their cerebellum, putamen and in the cortices. As most patients have strokes in their middle cerebral artery, I can see RAS being useful for many. They suggest that patients with full thalamic lesions tend to have more difficulties as they cannot process sensory information as well, even in the full presence of it, and hence being less effective. There is a small amount of evidence suggesting music therapy as helpful in visual neglect, due to its arousing effect in the right brain near the visual areas. (Frassinetti, Bolognini and Ladavas 2002) And of course, music therapy works wonders in people with Parkinson’s disease (putamen affected), as a cueing and focussing strategy. Thinking more broadly, other disciplines such as speech therapy, have long adopted components of music therapy to assist with aphasia, phonation and timing of speech and highlighting the features of sound. The same goes for occupational therapists for cognition, agitation, memory and behavioral management, particularly following traumatic brain injury. (Thaut, 2010)

As a neurological physiotherapist, I am very excited about this area of research and its clinical implications on how we may make a greater difference. I think it’s very tempting to be siloed in our own discipline of therapy, and lose a broad approach where we treat our patients as a multi-sensing human being. Every moment is, and should be, an opportunity to speak with the brain through different inputs even when we are only training one form of output. And music and rhythm certainly is one not to be missed.