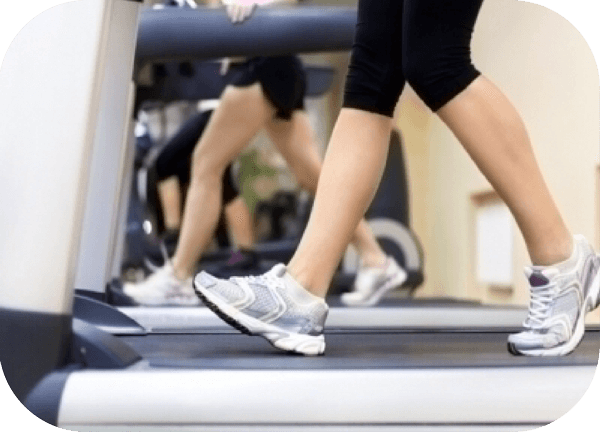 The treadmill guru researchers are back – this time they looked at whether speed of walking determines the effectiveness of treadmill training in chronic stroke.

Dean, Ada and Lindley are well respected researchers who have looked in the effectiveness and usefulness of treadmill training for people with stroke, from the very early and using body weight, to the late ones who lives amongst us.

In a paper published this year, they conducted a randomised blinded trial of 102 chronic stroke patients living in the community and put them to the test to see whether they would all benefit from treadmill training to increase walking speed and distance.

In the experimental groups, it was 80% treadmill 20% overground to start with which transitioned to 50% each. I suppose they recognised the importance of increasing overground walking.

It turns out that mostly those who were faster community walkers, i.e. those who walk more than 0.4 m/s comfortably increased their walking speed by a mean of 0.16m/s and a distance increase of 72m, by 4 months. The slower walkers hardly improved, which is a little surprising.

Neither groups, however, seemed to rate a significant improvement in their health status at the end of 4 months. And unfortunately, any changes in walking speed and distance reverted back to baseline at the 12 month mark – 8 months following no further intervention.

The study delves into some explanations of its findings, but I just wanted to share what it has made me think about:

For every moment spent with someone optimising their walking using a treadmill, I have lost the opportunity to use that moment to work on their influencing better movement through other means.

Most of the time, I would prefer to choose one that is most effective from what we know from the evidence, but sometimes using the treadmill doesn’t give the patient the same sense of what they expect from treatment, and it could be that despite all efforts to persuade, they truly believe that other means are better.

Sometimes the two are like bitter divorcees, but somehow we learn to find middle ground and move on.

Or in this case, find moving ground in the middle.

In my humble opinion, yes and no. I find it task specific insofar as the treadmill gets you engaging in mass and cyclical repetition of the stepping, similar to walking, and in 30 minutes that’s a lot of continuous uninterrupted repetitions and strengthening of neural coupling. In essence the pattern becomes very good at happening automatically.

But is the pattern right?

Walking, unlike treadmill training, is much more complex. In daily life, walking requires modulation of speed and ever changing levels of muscle activity to generate unique episodes of push off, because no two steps are ever going to be exactly the same.

It also requires balance, which on treadmill can be controlled more closely. The aforementioned paper does not describe whether participants used normal arm swing or held on to something, so we do not know if this was accounted for.

For treadmill training to effective, one could argue that it relies on it ticking all the boxes of each muscle group used in overground walking – anything less compensation must occur. This may explain why slower walkers, who do not use their body to their full potential, are not getting the increased benefit.

#3 Stop training, and the effects stop

For all the research out there that looks at the effect of interventions, I am so so glad that this paper has reminded us that the holy grail of rehabilitation research is to consider the impact once the intervention has stopped. We need to know what works, but also what works and lasts.

In this case, the effects don’t last. And that is the case for many therapies. Patients need to know that when they stop practising well, their skills deteriorate. And the task gets harder.

But who needs a guru to tell you that?