How the opposite index finger can assist reaching with the weaker 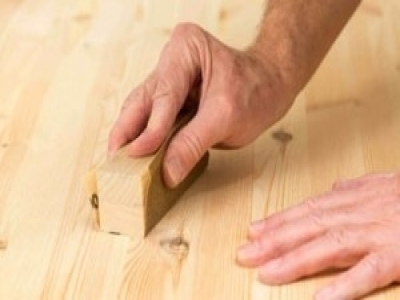 Many stroke patients of ours have trouble with reaching and grasping objects with their more affected hemiplegic arm. There are many possible causes to this problem, which include motor planning problems such as the lack of trunk stability or the lack of shoulder blade stability, and then selecting the right muscles to produce the desired movement.

In this quest for movement control, what is often under recognised is the value of sensation and proprioception. Sensation is characterised by the awareness of touch, which shares a common pathway with muscle activation, called the corticospinal tract. Proprioception, or the ability to sense where the limb is in space at any given time, is much more based in postural control. And postural control is much less voluntary and relies on subconscious mechanisms and is therefore difficult to learn by just “thinking about it”.

In a study by Ivengar, Santos and Aruin (2009), 9 healthy volunteers participated in a task of reaching for a cup, at different speeds but under two conditions: direct reaching with the hand, and then use of the opposite index finger resting on the wrist of the reaching hand.

So what did they find?

They found that when people had their finger on their opposite wrist, that the amount of grip force used to complete the reach and lifting of the cup was less. Regardless of the speed of the reach.

So what does this mean?

By completing this task with less effort, people with stroke and MS who demonstrate weakness on one side, can benefit with being able to lift an object with much less force, therefore making it easier for them to do it more often, reinforcing good movement patterns. Also, by using less effort in grip, there will be less postural demand and therefore increased chances of the brain learning more quickly on how to develop the right amount of postural control. This means recovery can be accelerated.

So how do you do it?

1) Imagine how your arm will extend to reach for the object.

2) Place your less affected index finger on the wrist of your more affected arm.

3) Keeping this index finger on, reach for the object directly and lift the object and place it where you desire.

4) Once placed, let your affected hand release the object, then take off your index finger.

Why does this work?

Researchers who have discovered this relationship believe that adding the opposite finger provides the brain with a more powerful representation of where the limb is in space (proprioception), through the use of touch which is a powerful sense that the body uses to orientate itself to its surroundings (Morris et al. 2008)

In my clinical experience, the hemiplegic hand is often at the mercy of its bodily attachments – the shoulder and elbow. While the hand should drive the movement, where there is a lack of clear sense of where the hand is exactly from body, the movement pattern is often jerky, variable and less accurate. It frustrates patients to no end!

Ideal treatment involves developing the hand’s role of exploring and sensing the environment, so that the shoulder and elbow know which way to go, and if we can make this happen through the use of the less affected index finger, then I think patients will have a much better chance of achieving the task with less error and therefore learning faster and recovering in much less time.