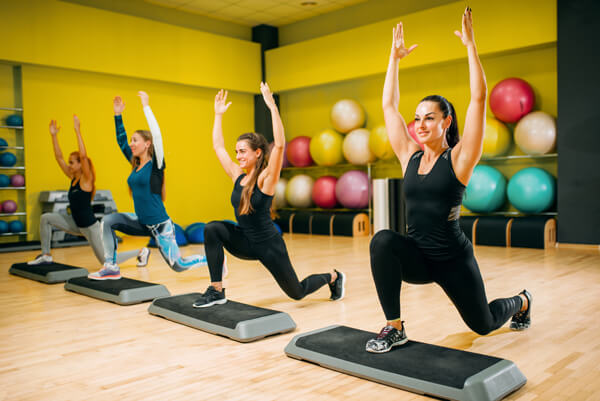 Did you know that despite the brain being 2% of the mass of the body, it uses 25% of the available oxygen supply?

And did you know that if joined up all the arteries in the brain end to end that it is more than 160,000km long?

That’s a lot of distance to look after, and many places where the arteries could either block up or bleed through, resulting in what we know as stroke.

One of the best ways to look after our blood vessels is by looking after our insides. One key part is diet, and the other is aerobic exercise.

According to Mackay-Lyons et al 2012, aerobic exercise is defined as “planned, structured and repetitive physical activity performed for extended periods of time and at sufficient intensity to improve or maintain physical fitness”.

What are the benefits to someone with neurological condition?

Just how much does one with a neurological condition need?

Aside from acknowledging the overall health benefit of exercising more than 30 minutes, 3 times a week, the answer to that specific question is still being researched in humans. In mostly animal models, we know that:

As time goes on, it appears in research that the stroke affected brain becomes less easily changed, but that is not to say that the changes later on are any less significant! I like to think of it as taking the opportunity to run when the wind blows behind you, but when the wind stops, we can still finish the marathon – it just takes a bit more out of you to do it!

How should we structure therapy?

An article by Macko et al 2005 beautifully marries the concepts of aerobic exercise in the context of task relevance in therapy, to maximise the benefit to the brain and heart.

The authors use body weighted support treadmill training as an example, where suspending a person’s body weight on a treadmill allows the user to improve their ability to step and generate force more equally.

They suggest that training at higher speeds may be more beneficial to recovering spinal and brain circuits involved in walking while at the same time improving aerobic fitness and efficiency of oxygen transport similar to the able bodied. Perhaps there is a role for aerobic exercise preceding task specific therapy if the two activities don’t always match up in a single task.

I can’t walk properly – how can I get my aerobic exercise?

Firstly, we do not need a lot of equipment for aerobic exercise. Chairs, simple small armweights and steps are all easily found in most homes where you can do sit to stands, rapid arm movements and step ups to get your heart going, depending on your level of ability.

If you have little arm or leg function, consider arm cycle and recliner bikes with graded resistance for matching intensity. Intensity is generally determined by heart rate, and in most cases aiming for 50-70% of the maximum heart rate (220 minus age) is a good place to start (following medical clearance of course).

For those with even less limb movement available, consider the use of Functional electrical stimulation systems like those made by Restorative Therapies, which allows stimulation of muscles externally to create the necessary muscle contractions that force the internal body to drive its cardiovascular system. They are expensive units however they enable even the most physically paralyzed people a chance to undertake some form of aerobic exercise and can also help with spasticity, especially in the spinal cord injury population.

How important is this to my body?

As long as the body and brain shall live, the potential for change is there and ongoing. Therefore aerobic exercise needs to be seen less as a discrete intervention and more like a lifestyle choice. It needs maintenance. It needs progression. And most of all, our bodies need a kick from our brain to say, “Get moving! Or I won’t change either!”

So while it may be more difficult for the many of you out there fighting for your life back after brain injury, think of using aerobic exercise as another “way in”, and maybe it will give you the kickstart you need to see a bit more progress.

So what are you waiting for?