Home
About Us
Our Team
Keegan Bow

He is a member of:

Following graduation from The University of Melbourne, Keegan has spent many years working in rehabilitation and neurology in tertiary public hospitals, rehabilitation centres and private practice. He is the Director at Klint and sessional academic at Swinburne University in their Masters of Physiotherapy course.

His clinical strengths are in stroke and spinal cord injury rehabilitation. He has worked as a senior wheelchair seating physiotherapist in the UK and has been a consulting physiotherapist with the Austin Hospital in neurology and spinal cord injury. He has also worked exclusively for the Victorian Spinal Cord Service for several years, and has worked in neurology and neurosurgery at the Royal Melbourne Hospital

He has completed extensive postgraduate training in the Bobath Concept, a problem-based clinical approach to treating neurological conditions, to an advanced level both nationally and internationally. He was also selected as a Bobath Instructor Candidate, 1 of only 6 in Australia. He has also completed numerous postgraduate courses in retraining running, clinical gait analysis, orthotic management, advanced vestibular rehabilitation and in general neurology. He also has a passion for teaching and supervises students on local and international neurology placements.

Keegan is also a sessional clinical educator in neurosciences in the Masters of Physiotherapy program at Swinburne University, Melbourne.

He also has particular expertise in the management of facial palsy and functional neurological disorders (FND), having spent time overseas specifically learning about these specialist areas. Keegan also has dual expertise as a respiratory physiotherapist, with skills in tracheostomies and ventilators.

Keegan is a highly sought after teacher and mentor, and he hopes to not only guide others to grow professionally but also inspire them to be the best version of themselves. He is deeply involved in supporting his team to achieve professional excellence and enable people to reach their highest potentials.

Keegan is a hands-on husband and dad to two beautiful young children. He is also a big fan of technology in healthcare and how it can be used to help people more. 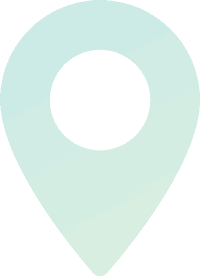