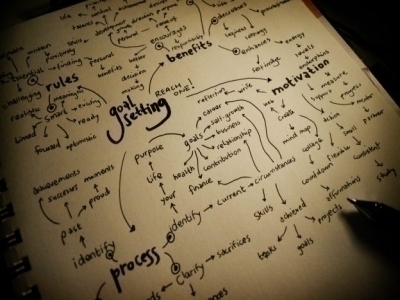 It is common practice in physiotherapy when you meet a client for the first time, that we ask about their therapy goals, so we can steer the treatment plan into a particular direction. And off we go into that direction!

At first, this sounds simple and obvious to do – you just write down what they want to achieve and throw your best treatment techniques at it and hope for the best.

Unfortunately, it isn’t really that simple. For one thing, it assumes your client has enough idea about his or her condition to formulate an appropriate goal. Not to downplay the importance of the client’s perspective, but to make a goal really work for both parties we need to make sure that we actually understand the broader implication of that goal.

For example, I saw someone last week who suffered a stroke over 10 years ago and her goal was to be able to move her paralysed arm again. I acknowledged that it was her goal, but on further questioning it was discovered that she had received many hours of upper limb therapy in hospital and as an outpatient, with little improvement. When I asked her about what she did for herself outside of therapy – she said nothing. When I asked her why that was the case she said she felt she didn’t know how to help herself, and that she had no-one to help her. She then found out that it is possible to recover arm function many years after a stroke (true), and that maybe her body is more ready now than before when she was younger (possibly not). I then asked her about what are you hoping to do most with an arm that can move again, she said she wanted to be able to ultimately dress herself.

Without realising the extent of how they arrived at their goal, and what her original goal meant to her, it is easy to go and treat the arm “to move”, but in reality it is a much smaller part of the overall problem. What about self-efficacy, self-reflection, environmental enrichment, opportunities for intensive practise, positive reinforcement and accountability? What about sharing what we know about recovery after stroke?

So I think in part that is why positive outcomes following neurological injury remain limited, both from research and client satisfaction perspectives.

No one makes a goal without some expectation that there will be positive change, so as therapists and clients, we need to be very careful about what we decide to put on the table as the agreed goal, which often becomes the point of focus. Or else we will be setting ourselves for likely failure, or miss the point entirely.

Specifically, we need to:

By considering those 5 points, I think can both offer a better chance at succeeding in improving our service delivery and value, and ultimately deliver a more outcome focused and individualised approach.